Some readers asked me for a case study. But I never had an idea what case to study, until now… You know I recently published my first Kindle e-book on Amazon: ‘Multi-potentialites, What’s Your Problem?’. In general, this project went well. The most important is that I finished it! But like in every project, there were also a few surprises, things that didn’t go so well and things that I would do differently next time. 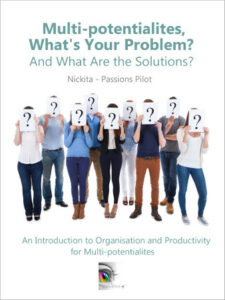 Anyways, it’s a good practice to have a look at the lessons learnt after the closure of a project. So, I thought this would be a good case study.

Let me be clear about one thing: In this case study, you will not learn how to technically create and publish a Kindle e-book on Amazon. This is a case study on how to organise and manage the creation and publishing of an e-book. And although I didn’t manage this small project in a very formal way, in this case study, I will use some formality.

The first thing to ask yourself when starting a project is WHY? Why did I want to publish a book? What were my objectives? 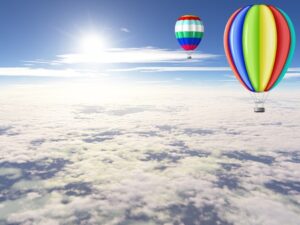 I’ve always wanted to publish a book. But the first reason for this e-book is the main reason why Passions Pilot exists: I want to help people. And with the e-book, I wanted to reach more people, other people than those I’m currently reaching with the Passions Pilot website and on social media.

I also wanted to get a bit of the money back of the costs to keep up the Passions Pilot website. The expenses are mainly the cost of domain names, the hosting, the email service provider, and different other software.

The scope of my small project was to create and publish a Kindle e-book with 12 Passions Pilot’s cornerstone blog posts on Amazon. I deliberately limited my scope to publish an e-book in English, only on Amazon; not (yet) on the Passions Pilot website, on iBooks, Barnes & Noble or any others. Also, a physical book or audio-book was out of scope.

There was very little investment in money involved, as the material, computer and software I needed, are the same as the material to write the blog posts, and I have all the necessary. I had to download one software, which is Kindle Create, but this is free to download from the website of Amazon.

The only expense was the purchase of the domain names with the title of the book: multipotentialiteswhatsyourproblem.com and I also bought the .net, .org and .info, and this was actually optional.

The investment in publishing the Kindle e-book was mainly an investment of time and energy. The advantage was that the body of the book, the blog posts, existed already. I didn’t estimate the time I would need to create the e-book. Actually, as this is my first e-book, I had no idea so anyways, the estimate wouldn’t be very accurate.

The success criteria were simple: It would be a success if the e-book was published. I didn’t set any monetary goals or any number of downloads as a goal. Perhaps, I should have, but I didn’t have any idea of what I could expect.

The first exit criterion was when the e-book is published, and the project succeeds. The second would be in case I wouldn’t succeed, but that wasn’t really an option for me.

Negative Risk:
As my e-book publishing project mainly involved an investment in time, and as the scope was limited, I thought that the overall negative risk was low.

Positive Risk:
As any uncertainty is a risk, risk can also have a positive outcome. I believed that publishing an e-book on Amazon clearly was an opportunity to take.

Impact of succeeding: As Amazon is one of the biggest distributors in the world, even selling to a tiny percentage of Amazon clients would already be a significant number of readers for Passions Pilot

Integration in my passions portfolio:

Stop or Go? This e-book was really a passions project for me. It also seemed to be the logical next step in my Passions Pilot adventure. I would make it one of my priorities and the negative risk was very low so… for me, it was a wholehearted GO!

As it was a small project, the planning was simple. Here are the project baselines: 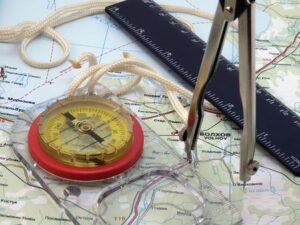 I had a rough plan of WHAT needed to be done:

Schedule:
I didn’t want to put myself under a lot of pressure, so I didn’t set a due date. But as it was one of my priorities, I worked steadily on it when I had time to do so. It would be ready WHEN it was ready.

I also knew that for the Amazon part, I would need a bit of time to figure out HOW to prepare the book for publishing.

Budget:
Around 200 USD/EUR for domain names (over a few years).

Approach:
I am very familiar with both waterfall and agile project approaches. As this is a small project, with an outcome that was very clear from the beginning, I opted for a classical waterfall approach and doing one task after another.

Or, if you want, I can see this small project as the first iteration of a larger project called ‘Book: Multi-potentialites, What’s Your Problem’ which can be larger than just Amazon and could be created in different formats: e-book, paper book, audiobook etc. I could even think of translations to French, Spanish and Dutch to start with.

I worked steadily on my e-book when I had the time for it. In general, it was also only me working on the book, except when the draft and the cover were finished; I sent it to a small group of friends and people I trust for review and feedback. 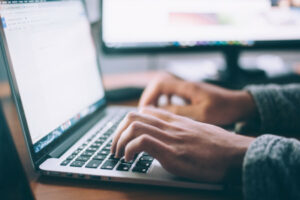 What could I improve?

The reasons why these things could be better are simple: It was the first time I created and published an e-book. So I certainly lacked some experience and information.

I put in practice the ‘Just in time learning’ rule, which means just researching enough to execute the next step in the project. The advantage is that you don’t get stuck in the phase of gathering information. The downside is that sometimes, you don’t have a clear view of what’s next.

One of the first things I will do next is to create a web page on the Passions Pilot website to promote my e-book on the website too. 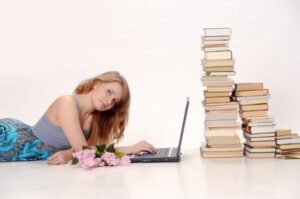 Then, I want to see how to publish the e-book on other platforms like iBooks, B&N and maybe others. And after all that, I also want to launch the book as a physical paper book.

I always tell you to keep your projects small, so I will put my own advice into practice and start just with a simple web page for Passions Pilot to promote my book on my website. All the rest remains in my backlog list for Passions Pilot and is for later.

I hope this post gave you good ideas on how to organise a small project without spending too much time on overhead and admin tasks.

For those of you who want to see the Kindle e-book on Amazon, here is the link: Multi-potentialites, What’s Your Problem?