Use this psychological discovery to beat procrastination

I confess, I am a big procrastinator for things that I don’t like or hate to do. How about you? 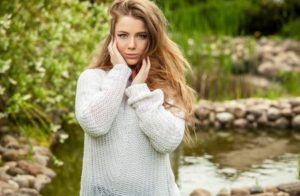 It’s strange that afterwards, when a task is finally finished, I don’t understand why I was procrastinating, because once I started this task it wasn’t so difficult to finish it. And after all, it wasn’t so bad, it was easier than I thought, took less time than I thought etc. And in the end I feel relieved when it’s finally done.

What is interesting is what is happening in my head before I start this task. If someone else or the situation itself is not reminding me, I might easily forget about it.

But once I get started, this task keeps coming up in my head all the time, like an annoying little voice that is constantly saying: “Don’t forget this, you need to finish this” and it only shuts up when the task is completely done. And then I would forget the details and move on to something else.

Science is at your side

Ever heard of Bluma Zeigarnik (1901-1988)? She was the first psychologist who studied this phenomenon. She found out that an unfinished task is remembered better than a finished one. This is called the ‘Zeigarnik effect’. 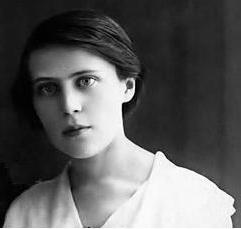 Unfinished tasks may be using a significant amount of your mental resources, even unconsciously. Lack of mental closure causes frustration and a strong urge to finish that task. The human mind is strongly motivated to find closure and has difficulty in moving forwards if you have unresolved issues.

This is often used in our every day life, for example in TV series: Cliffhangers are used so you want to know what will be happening next and to make sure you will watch the next episode. To be continued…

Or when you hear a part of a popular song, you automatically finish it in your head. And this is frequently used in radio and TV advertising. Or in computer games, there’s always this next level to conquer. You never find closure, so you want to continue playing.

How can we use the Zeigarnik effect to beat procrastination?

When you need to perform a task, just start. You don’t have to start with the most difficult task. You can just pick an easy one. The most important thing is to take action and to get started. 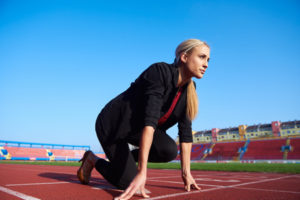 Then if you want, you can take a break. You will want to continue anyway until the task is finished.

Remember that annoying little voice in my head that is constantly saying: “Don’t forget this, you need to finish this” and it only shuts up when the task is completely done? Exactly that is the Zeigarnik effect playing tricks in your head.

So if you’re like me, often procrastinating, you now know what to do. Just start. The Zeigarnick effect makes sure that you will keep going on until the finish line.

Oh, and one more little thing: The Zeigarnik effect works better when you’re motivated to perform a task. Does that surprise you? Not me. So, get motivated and take action! Start anyway, no matter what and procrastination will be history.

Use this psychological discovery to beat procrastination

4 thoughts on “Use this psychological discovery to beat procrastination”